The best thing about classic gaming is the memories that come flooding back from your childhood when you play these games. Not many games evoke such strong memories for me as Super International Cricket for the Super Nintendo does. Super International Cricket was released for the Super Nintendo in 1994 and was developed by famed Australian developer ‘Melbourne House’ (as Beam Software back then).

This game only saw release in Australia, Europe and Pakistan and was the sequel to the great ‘international cricket’ on the NES from 1992. 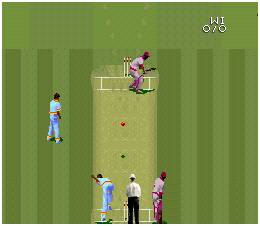 The games much improved visuals over its NES release are pleasing that no cricket video game of its time were able to match. The game also featured 3 difficulty levels (easy, medium and hard) and had many elements included that makes cricket (among fans) enjoyable to watch in real-life such as great catch animations, crowds getting involved and occasionally the possibility of hitting a ball into a seagull!

The game was not without its negatives though, a single one-track music loop would continuously play during the game and it only had 1 stadium to play in (some generic unnamed stadium). The game also suffered a little from a lack of official international cricket licensing, so all the player names are made up.

Nevertheless, even with these negatives this game is really amazing. I remember playing this game quite a lot back in my primary school days with friends over summer and as I previously mention no cricket game really game close to this one.

If you enjoy cricket and classic gaming in general you should pick up a copy of this game. Although they were only released in a few regions around the world, the game can be found with relative ease these days on eBay (especially eBay Australia) for only a couple of dollars. I was able to find my copy for about $5. As with all older games beware of games that no longer work. My copy did not work initially but after a little cleaning it now works brilliantly.