Arnold Schwarzenegger yesterday stood down as governor of California after 7 years in the job and while the state goes through its most difficult financial crisis in history. Democrat Jerry Brown has taken his place.

The important thing with my job that I’ve had for the last seven years is, you have to have passion … You can’t be afraid…You have to recognize very quickly that political risk-taking is not political suicide.

The state of California (8th largest economy in the world) is currently going through one of the worse financial hardships the state has ever experienced, with debts in the tens of billions and the majority of state bills being paid with IOU’s its difficult to see where the future of California is headed.

Arnie on the other hand though seems to have many options now open to him post-governator. He holds an economics degree, he’s been a prominent figure in health with his bodybuilding career and of course his film career. He also has a lot going on the business world and now with his recent stint in politics he sure does have a lot open to him.

People who’ve followed down the political path after retirement seem to either write an autobiography, start giving a lot of speeches or sit around doing nothing. I doubt he’ll decide to do the latter, but I can’t really see Arnie write a book either. I think the most obvious thing he’ll end up doing is either get back into starring in movies or take some time behind the camera and direct/produce a few things. Arnie has always done film in his time in Hollywood, it would be interesting to see him in a TV show, but he is such a huge star I doubt that will happen.

Now that Arnie has finished his political carreer what do you think he’ll do next?

In the history of the United States and indeed the rest of the world, we’ve never seen a tech-savvy leader of a nation quite like Barak Obama. I can only think that its a good thing for the US, maybe they’ll get a decent broadband infrastructure in place before he finishes is presidency.

It looks like he really loves his apple products. He’s got his new Macbook, and I love the pop-culture reference of Pacman on the lid. Makes me wanna get some Pacman stickers of my own! Hehe

Who doesn’t love some bush bashing every now and again, and what better way to do it than to grab yourself an “I survived the bush administration T-Shirt” over at Print Liberation’s online store. 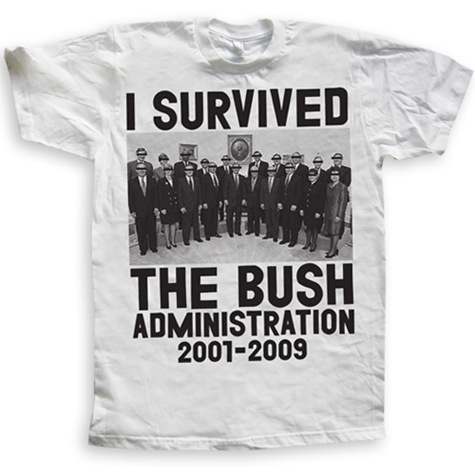 This piece of historic Americana will set you back about US$16 and my god its definitely worth it! 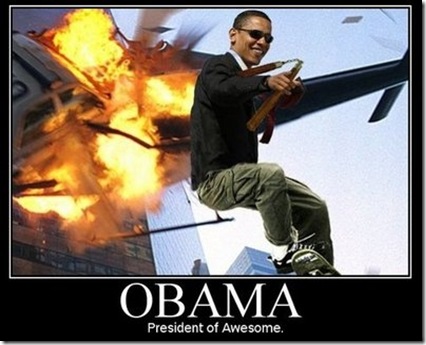 January 20th, 2009 saw the first African American elected president and quite possibly the youngest president ever to take office.

I am excited to see Obama as the new president, its a welcome change from the bush era and I am looking forward to what he brings to the world.

He has quite a different attitude toward many aspects of world politics such as the war in Iraq, the economy, education and health. He has a ‘think different’ mentality and I hope his new ideas and new vision for the future is enough to change the world for the better.

So as I was saying, his inauguration was just 2 days ago on Jan 20th. His speech was uplifting, visionary and (I, not being an American citizen) still makes feel like the changes he wants to make will somehow still affect my life living in Australia.

“That we are in the midst of crisis is now well understood. Our nation is at war against a far-reaching network of violence and hatred. Our economy is badly weakened, a consequence of greed and irresponsibility on the part of some but also our collective failure to make hard choices and prepare the nation for a new age.” – source: NYTimes

He at least takes responsibility for the past, and recognises that there is work to be done instead of just sweeping it under the rug as some (unnamed) presidents have done in the past. I like this guy already!

American politics and the US itself is quite a force in the world even if the rest of us like it or not, and Obama knows this, but I get the feeling from him (different from past presidents) that although he has the best wishes of the American people at heart, he has a worldly vision and is mindful that whatever he does will affect the rest of the world and that’s what I like about him. I don’t get the feeling that he is stuck up or self centered and he certainly doesn’t think that American’s are the only people who live on this planet.

Personally I can’t wait to see what he does with his time as president and how the world will benefit with a stronger leader.