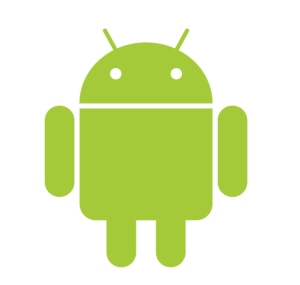 I am new to the Android platform, but a few weeks ago I bought a Samsung Galaxy S2 mobile phone running Android 2.3.3 (gingerbread) and I absolutely love it. It has gotten me really interested in developing applications for it and as I already have experience writing applications in Java from my university days the learning curve should be pretty small.

All that’s really needed to get started is:

Android itself is open source so there are heaps of great resources online to get started developing applications. Google themselves have a great developer resource at their website http://developer.android.com/guide/index.html which has a lot of source code examples and tutorials. If I manage to build anything exciting I’ll be sure to post it up on here.

These days practically every phone available is a smartphone to some degree, all of which can be used to carry out very similar tasks but each in their own way are also very different. The definition of a smartphone is basically a phone that can do things other than making calls but uses some other sort of connectivity to connect to the internet and manage data. Email, social networking, etc. There are many different smartphone operating systems available to choose from also. iOS, BlackberryOS, Symbian, Android, Windows Phone, the list goes on.

I personally am using a trusty old Nokia E71 right now. I was using a HTC Touch Diamond 2 but if you’ve ever used a Windows Mobile 6.5 phone you’ll no doubt agree with me that they are problematic at best. I am interested to see what happens with the iPhone 5 (or whatever they decide to call it – iPhone 4s perhaps?). I will probably loose the Nokia and pick up the new iPhone when it comes out.

Besides iPhone though, Android devices are looking really interesting at the moment and are becoming a real contender to iOS.

Which phone are you using right now? What would you prefer to use? What are you most looking forward to releasing?

The hardware itself is kind of cool and has a nice large and hi-resolution touch display but the pro’s end there. The touch screen is high-res but it’s only a passive touch display (not a multi-touch) and Windows Mobile 6.5 is really a dog of a mobile OS. Its slow and laggy and when you’re texting on a virtual touch keyboard you really don’t want lag as it gets VERY frustrating. If anyone wants a 12 month old HTC touch diamond 2 (unlocked) let me know!

So out with the new, in with the old. A few days ago I ordered a Nokia E71 online and has just arrived today. Now, this phone has been around for a few years now (2008 release) but its such a great phone I had to come back to it. Symbian S60 3rd Ed is by far one of the best mobile operating systems I’ve ever used. While it is a little dated by today’s standards (iOS, android, etc) it is very solid, fast and everything you need and use is not very far to find (usually only a click away).

Access to email, phone, SMS and internet is all on the home screen and are functions I use most on my phone. Everything loads quickly and is a pleasure to use compared with my old phone. Having endured with a poor touch keyboard for 12 months coming back to physical keys was very nice, and the E71 has a nice full size QWERTY keyboard which is very easy to text on. I’ve already sent a handful of text messages today where on my old phone I would always avoid texting as it was such a pain.

Overall I’m much happier with an older phone…sounds a bit strange but as hey. Out with the new and in with the old!