BOOM SHAKALAKA!!!! Those two words (if they can even be called words) were ingrained into my brain as a 9 year old. I’d walk past an NBA Jam arcade machine and hear the awesome music and kids screaming with laughter when they were ‘heating up’. Well folks luckily for us back in 1993 the guys at Midway gave us a great port of the arcade classic NBA Jam to the Sega Mega Drive and later the Super Nintendo.

For 2 on 2 Basketball it doesn’t get much better than this game, scoring three times in a row will put your player on fire, turning the basketball into a flaming implement of can’t miss 3 pointers! The series is well known for its gravity defying dunks and no rules basketball antics. The voice commentary in this game was somewhat revolutionary in its day also, no other basketball game at the time was able to capture the excitement of televised basketball in a video game before.

The soundtrack is excellent and the game includes all 27 NBA Teams (from back in 1993). Being a fully licensed game by the NBA was a major deal as you could play from a selection of great NBA players like Scottie Pippen, Dominique Wilkins, Clyde Drexler, the list goes on. Unfortunately Michael Jordan does not make an appearance in this game, but around the time not too many Basketball games were lucky enough to obtain the Jordan license anyway.

From a time when we had many many Basketball video games to choose from, most pretty good ones also NBA Jam stands above them all as a diamond in a sea of slightly less polished by otherwise fairly shiny diamonds!

Ok so just got back from “The Big 3” collectables fair at Sandown racecourse (Victoria, Australia) so as always, time to post up what I brought back.

First, a new addition to the Superman collection: 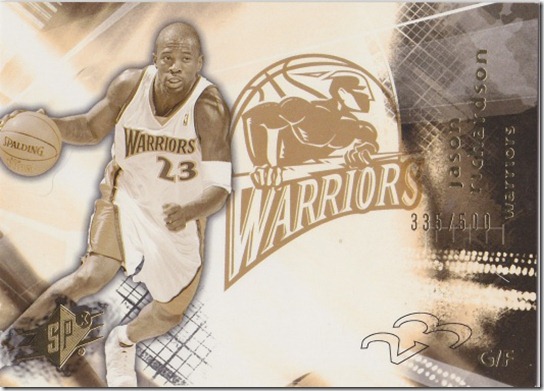 Was a great show and my first time there so I had lots of fun. It’s no doubt the biggest collectables show in Victoria so looking forward to the next time I go. June is the next show I think so I’ll head down then.

Finished a few sets yesterday so thought I’d share them

I went down to the Cherry Collectables swap meet today and picked up 2 boxes, 1x 09-10 classics and 1x Absolute Memorabilia.

I’ve posted the big hits up on OzCardTrader here, and here are all the inserts pulled from the busts. Absolute Memorabilia first, Classics & a few season update: 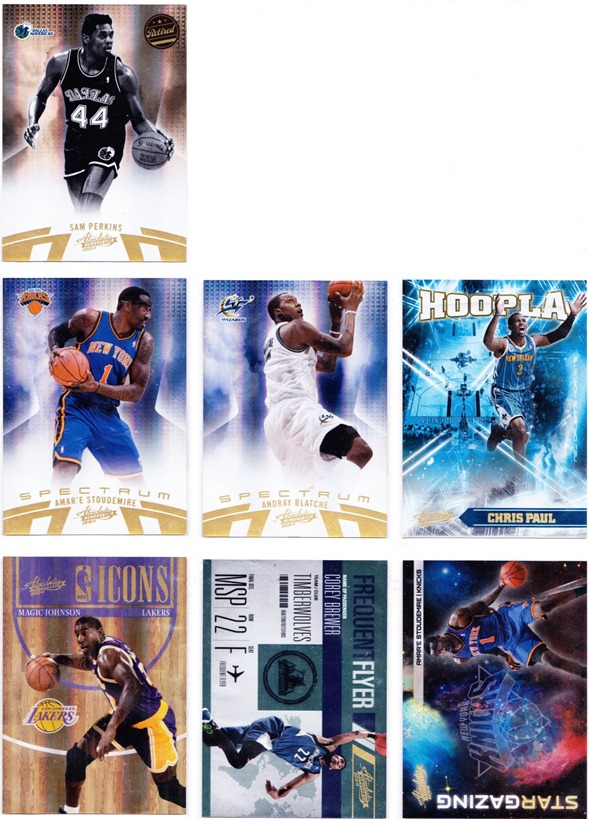 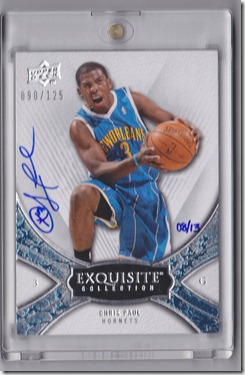 If you are unsure what an autograph buyback card actually is, basically it’s a card that was originally released unsigned in a previous product, re-purchased by the card company and autographed by the player. Buybacks are usually very limited and in this case, the original card was #’d to 125 but out of those 125 only 13 are actually autographed as above so that’s pretty cool.

To give a bit of an update on the 94-95 Skybox emotion set chase, no movement yet. Still not been able to track down any more cards but I’m chasing up on a few leads at the moment. Expect some more news mid next week.

Some mail arrived today, my first lot of 1994-95 Skybox Emotion cards have are here!. Wow I love this set, reminds me of the good old days, can’t wait to complete this set. Its a 121 card base set which means I’m 6 cards in (excluding the Dickey Simpkins rookie card), only 115 to go!

To recap the above:

I’m expecting a bunch more in over the next few days so probably some more stuff to show after the weekend. I’ll be posting all these up on here until the set is complete!

Topps Chrome have always been very cool to look at and the 1997-98 sets back in the day were no exception. Right now I’m really loving looking back at all these old cards and especially the inserts, they don’t make inserts like they used to anymore.

I’ve managed to find a few of these Chrome season’s best key master inserts floating around on eBay so of course I snapped them up quick. I have always had the Shaq (above) but on the way I have:

The set contains 29 of these cards so once I have these arrive from the bay I’ve still got a fair way to go, the MJ will be very difficult to track down I’m guessing but the others hopefully won’t be so bad. These inserts appeared 1:8 packs in the 1997-98 Topps Chrome boxes so worst case I could probably pick up a few boxes of them from trust Dave & Adams Card World.

Of course, once the set is complete they’ll be posted up on here as usual.

Ok, so back when I used to collect basketball cards in the 90’s I really really wanted to get my hands on some skybox emotion but back then they were just too far out of reach with the little money I actually had for cards. These days happily that’s a different story.

I’m currently chasing the set of 1994-95 Skybox Emotion cards (complete base set of 121). I’m waiting on a bunch to be delivered this week but so far I’ve only got the MJ #100 (above). These seems to be pretty scarce these days but with a little help from the great members at OZCardTrader it’s making things a little easier to track these down.

Once I’ve got the set together, I’ll be sure to post them up on here.

Here what else I picked up (nothing special, but a few more for the Kobe PC & general stuff):

Hi guys, ok so I’ve never mentioned on my blog but I collect basketball cards and have been collecting ever since I was a kid. Back in those days I used to get a pack a week with the little money I had and very slowly built up a collection. These days I’ve been able to capture the same fun I had when I was a kid collecting but have much more money to do it which allows you to get quite crazy with the hobby! Rather buying cards by the pack, you can buy them by the box or even by the case! You can get more prestigious or limited sets also that only kids could dream of having the money to buy (I was one of them as a 10 year old!).

Last week I had a few boxes of 2010-11 Panini Limited arrive. I wanted to share the hits of each box:

I think from now on when I get new cards I’ll be posting the breaks and showing off the hits on my blog. I am also a pretty active member of the Australian card trading site OZCardTrader.com.au. I’ve been posting my box breaks and card collections on there for about a year or so now. My last box break was 3 boxes of 2010/11 Panini Prestige and before that 4 boxes of 09/10 Panini Court Kings (which I posted on OZCardTrader here http://www.ozcardtrader.com.au/forum/live-box-breaks-basketball/87033-2009-10-panini-court-kings-4-box-break-highlights.html).

Not sure what I’ll get next, the limited cards (above) aren’t too bad. The Lebron jersey was a nice hit so we’ll see what happens. I’ll probably figure it out in the next week or so and will likely have the next order arrive early Feb.