With the current Victorian bushfires still blazing and fire crews stretch extremely thin, US president Barack Obama has extended his sympathies for the losses we’ve suffered and also offering to provide extra fire crews if we need them.

"The President offered his prayers to the people of Australia and his condolences to the victims," the statement said.

"The President asked if the US could provide assistance to the government and people of Australia to assist with the fire." Source: The Age 10th February 2009

In previous years the US has provided fire fighting forces of varying sizes to help combat some of our fire seasons as we have done in the past and just recently sending fire crews to fight wild fires in California a few months ago.

It’s nice to know there are others out there in the world who are eager to lend their support to us in such a terrible time. 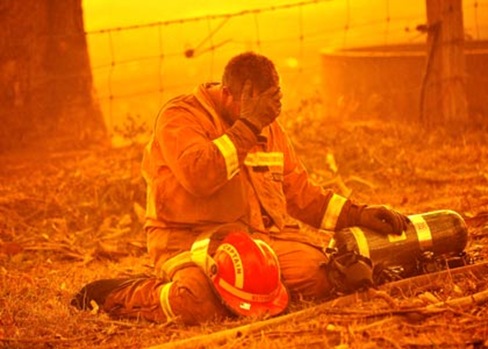 On Saturday, Dixons Creek firefighter Drew Adamson stood and watched his home burn while he saved someone else’s. Source: The Age Melbourne

Melbourne hasn’t seen anything like this since the Black Friday bushfires in 1939.

Here are the regions currently affected by the fires: 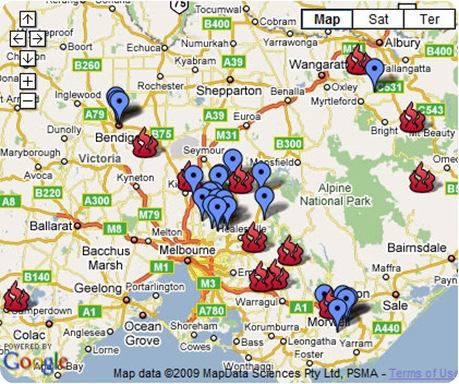 The death toll (as of writing this 9th February 2009) currently stands at 126 and is expected to at least double which is really devastating. I hope the fire authority can get these fires under control.