I’ve been a little quiet on here the past week or so but things have been pretty busy with work. In my spare time though I’ve been playing through quite a bit of the most recent Tomb Raider game, Tomb Raider Underworld on PC. This game is really great, visually very impressive for a game that is 4-5 years old already but I’ve been getting pretty excited for the upcoming release of the new Tomb Raider reboot to the franchise due out next month.

In a way I’ve been catching up with the other games before getting stuck into a new Tomb Raider adventure. The new game is a total reboot of the series so it is not a continuation of any original storylines, but hey here are some screenshots taken on my journey so far. These are taken from the Thailand level. I haven’t edited any of these screenshots, many of which were just sitting in my screenshot bin so some may be pretty good, others not so great but I’ll post them all up on here anyway. 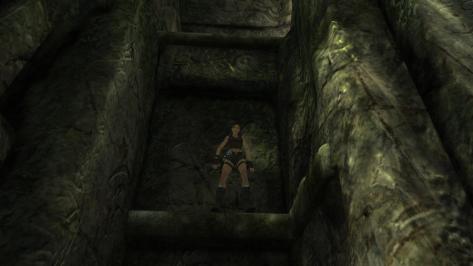 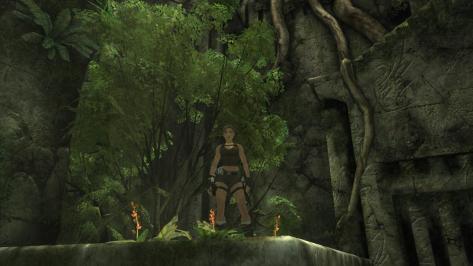 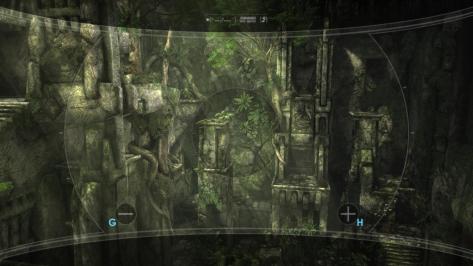 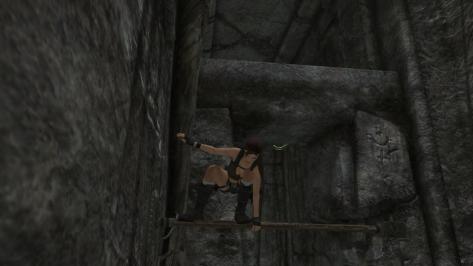 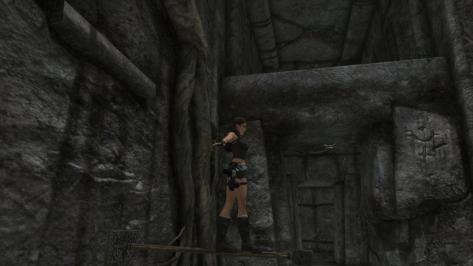 Are you a fan of the super popular city building game SimCity 4? Are you still playing this game today but hate the lower resolutions the game natively allows you to select in the options screen? Well you’re in luck, I guess the guys over at Maxis did think about the future and the game does indeed support custom resolutions. I play the game in 1920×1080 as is my monitor’s native resolution and the game looks much better, let alone the extra screen real estate you have with all the mayor tools in the game!

All you need to do is add this to the target of your SimCity4 shortcut:

Just change 1920x1080x32 to the resolution you’re looking for. Be sure to add the text after the quotation marks of the target. So it should look like:

If you’re using the Deluxe version, keep in mind that the target will likely be in a different folder:

I’ve made some pretty good progress in the game, almost LV 30 and have reached an awesome looking place called Lion’s Arch which is almost dead in the middle of the world map. I’ve traveled to some crazy places in this game but the feeling of satisfaction you get in these games just exploring and traveling is something else. Almost like the thrill of traveling in real life hehe. Here are some of the latest screen caps of my travels so far since last post. 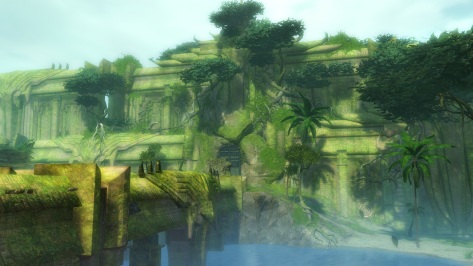 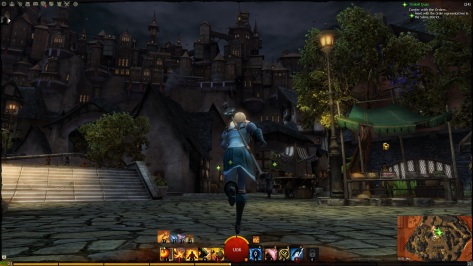 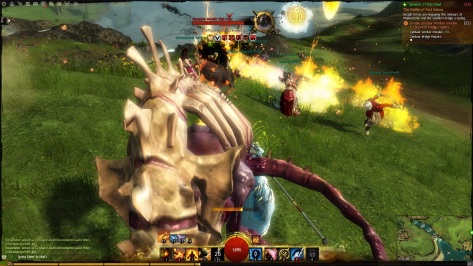 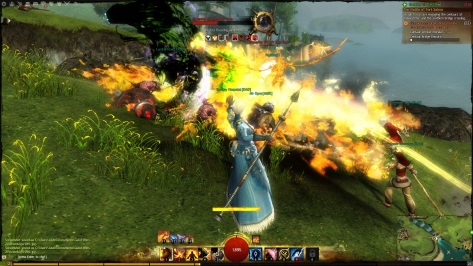 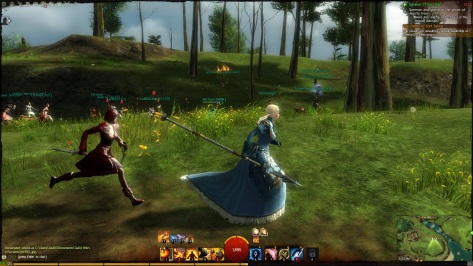 Ok, bit of a status update. I have progressed 2 levels in the past week taking my human elementalist to level 22. I’ve recently returned back to work so things are starting to pick up and get busier which unfortunately doesn’t leave a lot of time for games but I try to play a little on weekends so I should at least have some new stuff I’ve found cool in the world of GW2 for the week each weekend.

So far this year is off to a good start in regards to my game collection with the addition of about 20 titles for PS2.

I’ll likely take a closer look at NBA 2K10 as it’s an interesting release for the PS2 (one of the last releases for the platform). Resident Evil Code Veronica again is another interesting game, Street Fighter EX3 and Black will be looked at more closely on the site soon with possible ‘let’s play’ videos to come of those games.

Thanks to my friend Adam for these games, there are some great games in the list and will take a while to go through them all and play each one. Thanks again.

Happy new year to you all. My character is at LV 20 at present, here are a few screenshots of my travels over the last few days.

Since these shots I have picked up some new shoulder and chest armor which looks awesome, I’ll be sure to get some good shots to show these over the next few days. Happy gaming everyone.

I’ve been having a lot of fun with Guild Wars 2. I have been playing the game for about a week and currently have a LV 18 Human Elementalist. Here is some of my gameplay + commentary doing the world event “Clear Ettin’s From Gort’s Pit For Gort”.

This is awesome. Can’t wait to get to a high enough level to start crafting legendary weapons!

So after months and months of daily routines for Karma, Skill Points and that wait for the pesky map completion I have finally finished crafting my Legendary axe Frostfang! Simple and yet so fancy, I love how its breathing ice +_+ This tops off my “Dragon Slayer” look for my warrior.

But crafting this did not come cheap…but it was all worth it!
Still watching all my mats simply vanish into thin air was very heart wrenching…

This should keep me satisfied for a long time :3 I still hope Arenanet improves and polish all their current Legendary weapons before adding anymore.

Update: My character is now level 17, it’s cool to see your character progress and grow both in strength and also physically changes, costume improvements, etc.

Will like have another update in a few days. Really enjoying and having fun with this game when I can! Holiday’s are great.

What can I say about Guild Wars 2? One word, it’s epic! I have not played a massive multiplayer game for a long time (since the early days of World of Warcraft in fact) not necessarily because I haven’t wanted to (which is part of it) but because there simply hasn’t been any great MMO’s released that were worth the attention. The last MMO I played at any great length was World of Warcraft when it released, and I stuck around with that until the first expansion before I hit the level cap and got bored. With Guild Wars 2, I’m only 10 levels in and so far has felt very fast and I’m having a lot of fun with it.

Below I’ve included a few screenshots of my travels.

The visual are amazing in this game, if you take away one thing about Guild Wars 2 it’s that is a beautiful game which very rich detailed textures and the character models are something else. When you first load up the game and go through the character creation screen even, you know you’ll be in for a real treat. The costumes on characters are absolutely amazing looking, so much detail has gone into making this game look the part and must of been a huge effort by ArenaNet. A job well done guys.

The game play is very similar to World of Warcraft, but this game has learnt so much from its predecessors although some of the mechanics are similar, ArenaNet have done a great job in bringing fresh new ideas to the table. As a spellcaster (Elementalist) I would be used to watching my mana gauge refill and making sure to manage that correctly but here in GW2 that is gone. Instead, your spells simply have cool downs you observe before you can recast the spell but doesn’t feel ‘noobish’ at all which is a suprise.

Big battles that take place in the world are great, reffered to as environmental events and are a great place to gain some experience with other players and fight a villain perhaps a few levels higher than yourself. These events are triggered randomly, but make the world feel much more alive and changing frequently which adds a whole new dynamic to MMORPG’s.

Also, rather than having to walk great distances on foot/mount like other games, Guild Wars 2 makes it nice and easy to move between areas of great distance by the use of waypoints on the map screeen. It costs a small fee (a few bronze is nothing) to use them but totally worth it and removes the grind completely. One other improvement to the formula is that you no longer need to run back to a quest giver like traditional MMO’s but instead a message appears in your inbox where you can collect the reward from there (via the post!). Amazing. 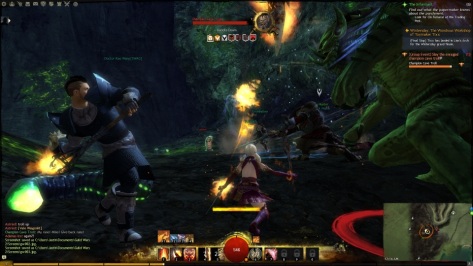 The soundtrack of a game can make it or break it and the score devised for Guild Wars 2 is epically crafted  and adds to the environment a great deal.

Set in the fantasy world of Tyria, the game follows the re-emergence of Destiny’s Edge, a disbanded guild dedicated to fighting the Elder Dragons, a Lovecraftian species that has seized control of Tyria in the time since the original Guild Wars. The game takes place in a persistent world with a story that progresses in instanced environments.

Guild Wars 2 claims to be unique in the genre by featuring a storyline that is responsive to player actions, something which is common in single player role-playing games but rarely seen in multiplayer ones. A dynamic event system replaces traditional questing, utilising the ripple effect to allow players to approach quests in different ways as part of a persistent world. Also of note is the combat system, which aims to be more dynamic than its predecessor by promoting synergy between professions and using the environment as a weapon, as well as reducing the complexity of the Magic-style skill system of the original game. As a sequel to Guild Wars, Guild Wars 2 features the same lack of subscription fees that distinguished its predecessor from other commercially developed online games of the time, though a purchase is still required to install the game. As reported by NCsoft and ArenaNet, by September 13th (about 2 weeks after launch), despite temporarily halting first-party sales, the game has sold over 2 million copies. The game’s peak concurrency exceeds 400,000 players. Source: Wikipedia.com – Guild Wars 2 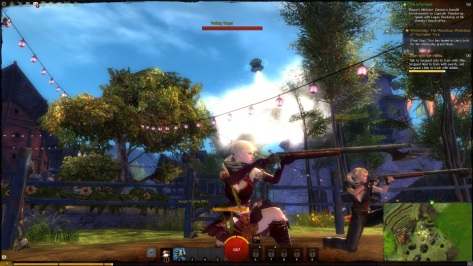 Guild Wars 2 is an amazing game, anyone wanting to sink quite a bit of time should not pass this up. If you want to have a life over your holiday break not spend on a computer, look elsewhere!