OK, I always seem to go on a rant about Facebook’s new features when released. Some are good, some not so good but one new feature they released earlier this month is “trending” content. This can be popular articles that are posted by Facebook users (trending articles), popular videos (trending videos), you get the picture.

Facebook’s goal is to connect yourself with the people around you for a more connected world. I guess they are now trying to connect you with news stories instead of your friends? A few quick searches across Google reveal that lots of people are pretty annoyed with trending articles, lots of ‘how do I disable trending articles’ sites out there. It will be interesting to see how well this does, if Facebook refine this idea more or if they remove it entirely.

Firefox Personas is a great Firefox add-in that I only just discovered, but has been around for some time. It allows you to totally customize the look and feel of the Firefox GUI and is very simple to use and configure. 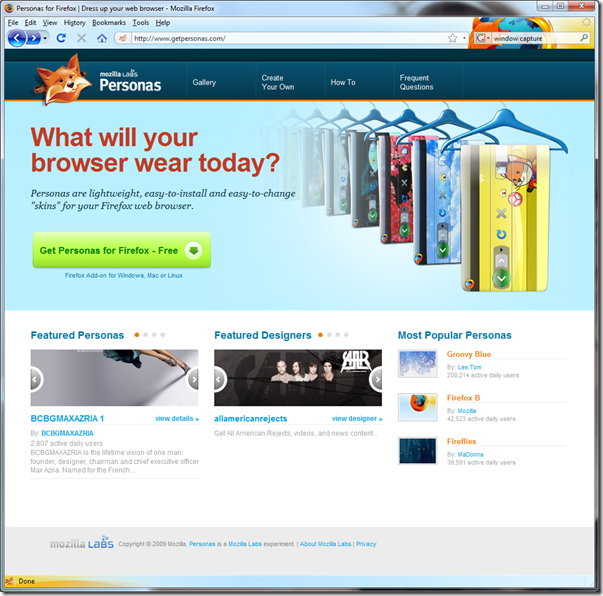 Personas are lightweight “skins” that change the look of your Firefox web browser. You can easily switch between Personas with just a few clicks. There are hundreds of Personas to choose from, with more added every day. You can even create your own and share it with others. 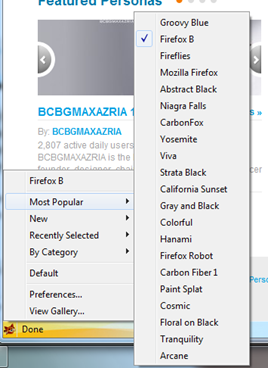 As you can see, I’ve “skinned” my Firefox browser to show one of the default skins available in Firefox personas, but there are heaps to choose from as soon as you’ve installed it!

My clicking the personas’ menu in the bottom left corner of the Firefox window once you’ve installed it, you gain access to the massive list of already available skins to choose from, and if you don’t like what’s on offer there, you can check out the personas gallery to see what else you might like.

You can even create your own “personas” by using images you already have on your computer. The personas how to create personas page has heaps of information you’ll need to do this such as the size the images should be, and a quick 4 step guide on how its done.

I did mine in about 2 minutes it was that easy.

Firefox personas even work with existing Firefox themes. You really have to check out personas, its not even my software and I keep raving about it as if it was my own. I haven’t been this excited about a browser customization pack before, but this really takes the cake!

So which is better? 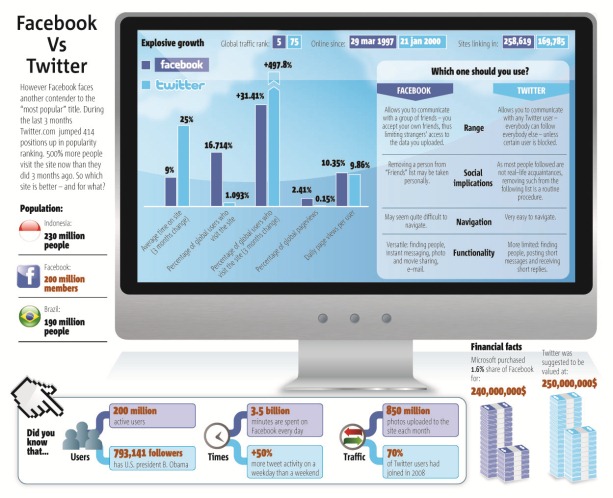 The popularity increase of MySpace has basically halted, with no more (or less) new users than this time last year, with no obvious fluctuations during the year either. Facebook on the other hand has seen 2.5x increase in new users since March 08, which is testament to the sites creativity, diversity and overall ease of use compared to MySpace (which many really don’t like anymore).

For a great Web 2.0 (and Apple fan-girl blog), be sure to check out Justine Ezarik’s blog “Tasty Blog Snack”. It’s a good one stop shop for any apple fans out there, and she does her own YouTube videos too.

She’s really into online video/sharing and attended this year’s “Streamy’s” awards. She managed to stop NPH in the hallway just after he won too!

How many of you have accounts on at least 3 of these services? I know I do, but how are we all supposed to keep up with everything? We’ve got our day jobs to do, then we come home and update our status on facebook, meet new people on myspace, upload a few videos to YouTube, share some photos on flickr and post a few articles on our blogs…not to mention share with the world what we’re doing DURING the day on twitter!

In Australia at least, most people are really into Facebook at the moment so that makes things a little easier. At least I’ll know where all my friends will be if I want to catch up with them and see what they’ve been doing, and that’s what social networking is great for. But what are we all to do with these other services? Does everyone feel the need to make sure EVERY service they have an account on is always updated or do people merely just migrate towards one or two services only?

What made me start thinking about this? Well, I was interested in starting an account on twitter to see what all the fuss was. Twitter has been around for a little while now, but its one of the only social networking sites I haven’t dropped everything for and run straight to…probably because Facebook is servicing much of my needs at the moment.

I guess the question is, why move and keep creating new accounts on new services? It just means you’ve got more and more to keep updating online.

What do you guys do? How many social networking sites do you use? I’m just going to stick with Facebook for now, but many people on Facebook have really hated the recent changes so who knows, maybe we’ll all be jumping ship sooner than later?

Have you ever found yourself wondering why YouTube don’t give you an option to download those clips you just want to watch over and over? Well, KeepVid.com have solved this problem. If you find a great video clip you want to save to your computer, all you have to do is copy the URL of the clip into the homepage at KeepVid, then hit download. Simple as that.

Why keep having to stream the video clips you watch often using your precious bandwidth when you can just download them once and that’s that.

I was using this site quite a lot a year or so ago. I wanted to be able to take my favourite YouTube clips with me on the train. By downloading them as Mpeg4 video files, I was able to add them into my iTunes library and sync them with my iPod to watch wherever I go.