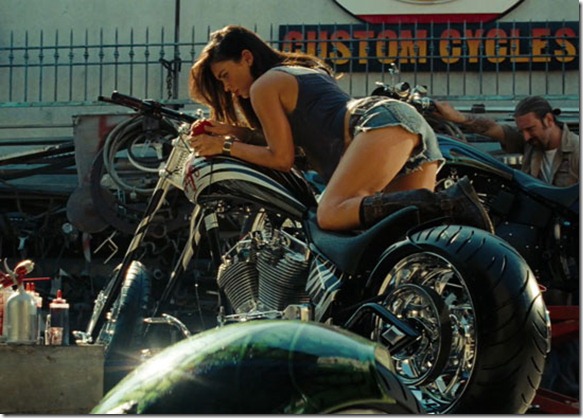 Quite possibly one of the best things to come from the 2nd offering of Transformers is this scene with Megan Fox on a bike. I think she’s trying to get off on it (excuse the pun) or cleaning it or something…who knows, who really cares I guess.

My previous post (Transformers 2 Reviews – Roger Ebert and Most Other Critics Hate it!) I discussed the seeming lack of interest in this film after reading Roger Ebert’s scathing review of the film. I really hope the film is better than what has been reviewed of it so far. Most will probably be happy if they just see Megan doing stuff like this on film for 2hrs I suppose but I was such a fan of the first film (excluding the 80’s animated film – I’m talking the 2007 film) I have high hopes for the 2nd.

One thought on “Megan Fox: What It Must Be Like To Be That Bike!”