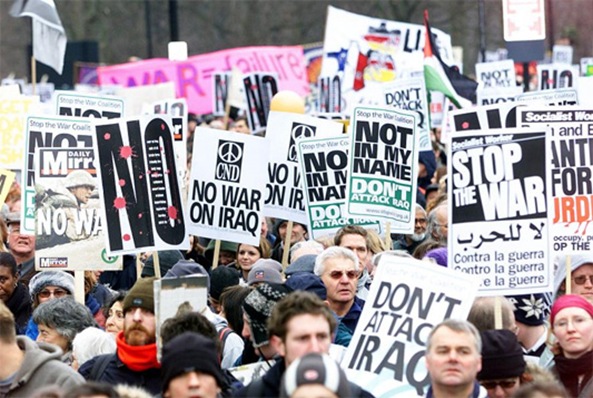 What exactly have we achieved in the 6 or so years of war with Iraq?  Besides the thousands upon thousands of military deaths, hundreds of thousands of civilian deaths and still no Osama Bin Laden?

There’s a great photo gallery on UPI.com which depicts the toll its had on our armed forces over the course of the war, the citizens revolt against the war and reminds us of what we still haven’t accomplished in this war.

It’s a tough thing for military families to have to go through when entering any war and I’m proud of all our soldiers who’ve fought (and died) for their countries, but it’s hard to agree with why we invaded Iraq in the first place.

Maybe its a better place now without Saddam Hussein? Or maybe its still as violent as it once was?

3 thoughts on “Six Years Of War In Iraq Isn’t Worth It!”