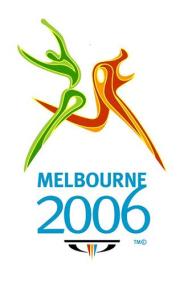 Microsoft chairman Bill Gates officially opened the 2006 Melbourne Commonwealth Games website to a large reception at the Melbourne Sports & Aquatic center last week. Microsoft is the official technology partner of these commonwealth games and their support has been greately appreciated by all games organisers, not to mention the Queen herself.

For the first time ever, technology powering the Commonwealth Games will allow real-time up to date information on scores, statistics and event information to be reported on the website with no human intervention required. It has been said by Bill Gates, Games organisers and the Queen that the 2006 Melbourne Commonwealth games are the most technologically advanced games in the history of the games themselves.

Mr Gates gave a message of appreciation and support on opening the website saying “We are excited about the Website, it will be the way for many people around the world to keep track of the Games as they unfold.” – Melbourne 2006 CG website.

Well folks, the Commonwealth Games have officially begun, and as a Melbournian myself, I know these next 2 weeks will be a B**CH to get around (especially to Uni lol) but i’ll manage I’m sure. After all, the biggest sporting event has just begun in Melbourne since the Melbourne Olympic Games in 1976.