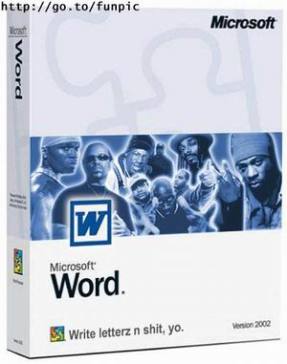 Everybody using windows has at some point has encountered applications crashing, unexplainable error messages, and even incoherent blue screen’s, but how can we fix these problems when they happen and how can we prevent them from happening in the future.

I have helped many people who have had similar problems with Microsoft’s premiere Office productivity suite MS Office (more specifically, Word), but understanding what’s causing Word to crash is often quite a difficult thing to do if you don’t know where to look.

There are 4-5 different things that will help you tremendously when troubleshooting problems with Microsoft Word:
– All global macros and settings are stored in a file called ‘normal.dot’
– Word has a startup folder (just like windows) which holds macros and your word plugins which startup automatically when word starts.
– Toolbars and other settings are recorded in a registry key called ‘data’
– There’s something else, i can’t remember lol.

Word Startup:
Most often if Word crashes when it first starts up, its usually becuase you have global templates or macros or something in your startup folder of Word which have become corrupt or damaged for some reason.
The default path for Office’s startup is: “C:\Program Files\Microsoft Office\OFFICE11\STARTUP”. This folder is empty when you first install MS Office so try empty out this folder and restart Word.

Addins:
Also it might be benifical to check out the folder “C:\Program Files\Microsoft Office\OFFICE11\ADDINS”. If there looks like there’s something out of the ordinary in this folder, remove it and try again. If your unsure, try move all the contents from this directory into a temporary folder for now just to test.

Normal.dot problems?:
I spoke about Word storing its settings in a file called ‘normal.dot’. If there is a setting in there that is preventing Word from starting normally, you can try running word by opening the RUN box (START –> RUN) and type “Winword.exe/a” without quotes. This will launch word clean with no templates or addons loaded. If it starts fine, then there must be something wrong with the normal.dot file. (TIP: If you are using Windows XP, normal.dot is a hidden system file and may not be visible if you do not have ‘show hidden system files’ selected in the Folder Options of Windows).

if you are having issues with the normal.dot file, you can safely remove it and next time you run Word, it will create a new blank file and your problem may then be solved.

Word crashes after startup?
If word crashes when say you perform some function such as select to print, formatting text or changing some other option, then there might be an issue with some registry keys on your computer. If this is your issue, you should check out a great website http://www.personal-computer-tutor.com/NNTWord.htm which is a great word troubleshooting site. That should solve your problem.

I hope this helps many of you out there who are having problematic issues with Microsoft Word or any Office Application (these steps can be applied to any office app, should be able to anyway).